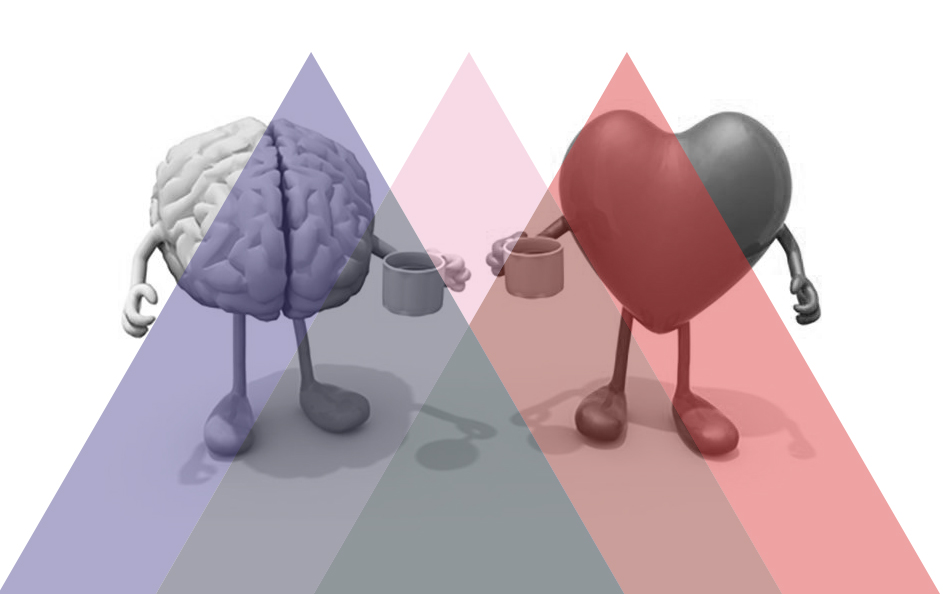 Any inspiring and effective leader who has a positive impact on his or her people, is emotionally intelligent. As Daniel Goleman highlights in his book, above an IQ of 120, emotional intelligence becomes the most important predictor of successful leaders.

Before diving into the heart of the subject, let’s first consider what are emotions. A quick glimpse at a dictionary definition shows us that emotion is: “an affective state of consciousness in which joy, sorrow, fear, hate, or the like, is experienced, as distinguished from cognitive and volitional states of consciousness”.

Any strong agitation of the feelings actuated by experiencing love, hate, fear, etc., and usually accompanied by certain physiological changes, as increased heartbeat or respiration, and often overt manifestation, as crying or shaking.
Emotional and cognitive intelligence develop out of different kinds of learning. Whereas emotional intelligence is born in the neurotransmitters of the brain’s limbic system which governs feelings and drives, the kind of learning that regulates analytical ability and which grasps concepts and logic goes on in the neo-cortex.

Peter Salovey and John Mayer, two American psychologists who co-developed a popular model of emotional intelligence, define it as:

Encompassing basic to higher-order abilities which develop as an individual matures.
These abilities are:

Accurately perceiving emotions in yourself and others is essential as emotions are a guide into your own reality and to who you are. This includes recognising non-verbal signals and being able to discriminate between different feelings and labelling them appropriately. However, perceiving emotions is merely the fist step in the process of exercising emotional intelligence. The next step is emotional facilitation, which is the ability to use emotional information (which might signal important environmental changes (staff are anxious because of structural change within your company) or changing moods (someone showing irritation because the meeting is going on longer than expected) to guide thinking and behavior and help an individual see a situation in several different ways. It is crucial to keep in line and balance emotions with thinking as emotions are not the unique source of truth and knowing. As John Sterling said:

Emotion turning back on itself and not leading to thought or action is the element of madness.

The highest-order ability, when it comes to emotional intelligence, is managing your own emotions and those of people around you. By managing emotions, I mean marshalling emotions in the service of one’s intentions or goals (for example to shake off anxiety, to interact smoothly with others, to find peace of mind, to ensure your team’s support). Being able to manage one’s emotions is key to developing the resilience and character needed for leadership and performance.

Recognising feelings and interpreting them accurately

In addition to being self-aware and conscious of one’s patterns, identifying feelings as they happen and their effect on us or others is essential for psychological insight and for being tuned into the feelings and drives of others.

As emotions are complex and can blend, it is important to realise that the more nuanced you can be in identifying the emotions that you are experiencing or perceiving in others, the more easily you will be able to manage those emotions. The main emotions, which all have a purpose, are love, fear, grief, anger, gratitude, joy, guilt, excitement, shame, pain, jealousy, passion and bitterness. However, these are just the main categories. Emotions are complicated and can vary. For instance, when you feel “angry”, it could be that you feel annoyed, bitter, exasperated, furious, heated, indignant, irritable, offended, uptight, maddened, provoked, sulky or vexed. “Sad” could be bitter, heartbroken, pessimistic, sorry, dejected, despairing, gloomy, low-spirited, morose or out-of-sorts.

It’s useful to try to identify what the emotion is for you, as how you manage for instance feeling “offended” isn’t the same as feeling “sulky”. Managing the feeling of being heartbroken doesn’t call for the same strategies as being pessimistic or out-of-sorts. There are significant nuances between these emotions that call for different solutions.

To accurately identify the emotion, the first step is to let yourself feel the emotion as it is happening. Paying attention to internal physiological signals will help you be conscious of your emotional states. The option of ignoring emotions or pushing them into the background is an absolute non-starter and never works as they’ll come back possibly through physical symptoms or in a more virulent form. On the contrary, if emotions are felt, perceived and identified, they will naturally change and move on.

The most important step in the process of perceiving emotions is, as you’re feeling the emotion, to develop a parallel stream of consciousness which we call meta. Meta is a stream of consciousness that hovers above the main flow. The idea is to be aware of what is happening rather than being immersed in it. There is a qualitative difference between being cross at someone and having the self-reflexive thought: “This is anger I’m feeling”.

Awareness about how you react to emotions that you are experiencing also gives you important clues about your emotional state. The way in which you respond for instance to grief can be a nonreactive non-judgmental attention to it, just acknowledging: “Okay I’m feeling sad”. Or, on the contrary it can take a less equanimous form such as: “I shouldn’t be feeling this way… Why am I so sensitive? It’s not normal”. This type of discomposed or upset reaction actually adds an additional emotional layer (guilt or frustration) onto the initial emotion (grief). So now instead of just feeling grief or sadness, the person is experiencing a blend of anger, frustration and guilt which complicates the emotional state as it will be harder to manage all these emotions than if you just had to manage the initial grief.

In addition to identifying your own emotions, it’s important to be able to identify and understand others’ emotions. This is paramount for managing teams, ensuring positive group dynamics and dealing with conflict or difficult situations. As Daniel Goleman points out, focusing on others’ emotions is crucial:

A deliberate focus on your own echoes of someone else’s feelings and
An open awareness of that person’s face, voice and other external signs of emotion.
If you are tuned into another person, often you will mirror them, so anxiety or nervousness you feel might be a clue to how the other is feeling. Observing someone’s gestures, body language and facial expressions and listening to their tone of voice often gives more clues to their emotional state than the words they use.

Only when you’ve identified the emotion (your own or another person’s) and become aware of it through meta, without adding a new layer onto it, can you start thinking about how to manage it.