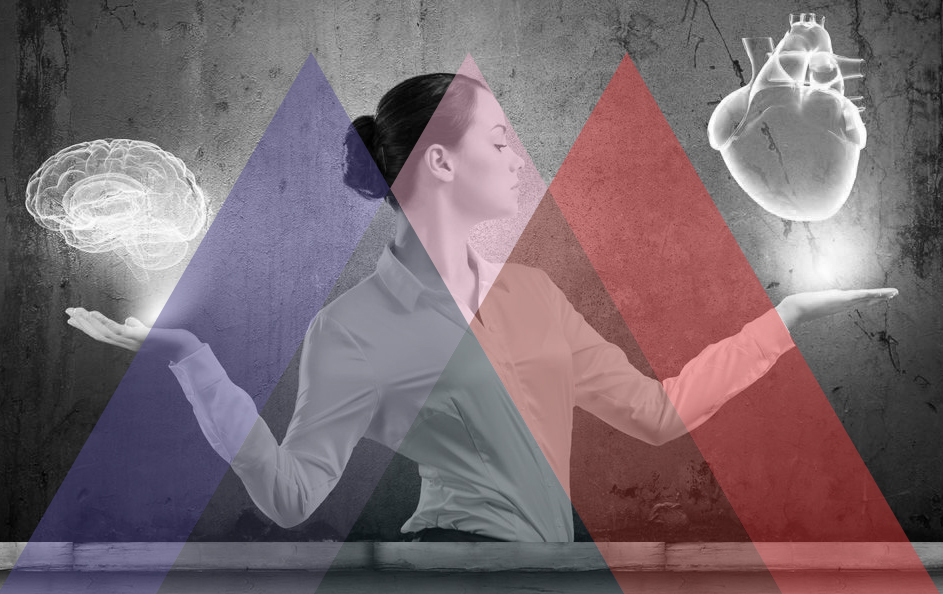 How to sharpen your intuition

We’ve all heard Steve Jobs’s memorable quote about success in business and life:

Your time is limited, so don’t waste it living someone else’s life. Don’t be trapped by dogma which is living with the results of other people’s thinking. Don’t let the noise of other people’s opinions drown out your own inner voice. And most important, have the courage to follow your heart and intuition. 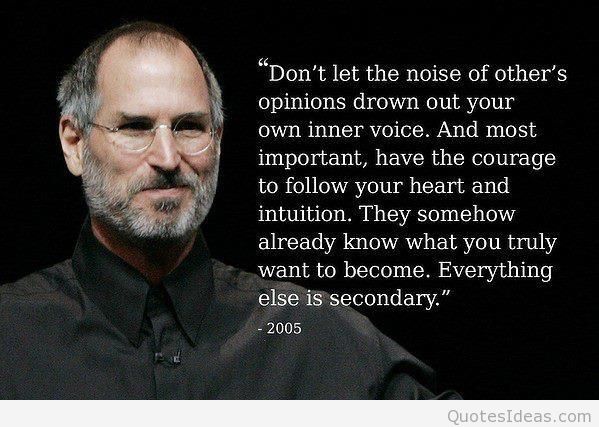 What Jobs meant by telling us to listen to your heart is straightforward enough, it’s about being true to your emotions and feelings. But “intuition”… this mysterious, ephemeral reflex or process seems more complex. What is certain, and given credence to by mathematicians, business leaders and scientists, is that intuition plays a central role in our lives, decision-making and creative projects.

Alan Turing, the British pioneering computer scientist and cryptanalyst, who made extraordinary connections between seemingly unrelated areas in every sphere of his life, ultimately playing a pivotal role in cracking intercepted coded messages during the Second World War, stated that mathematical reasoning is based on two facilities: “intuition and ingenuity”. George Lucas maintains that it was his intuitive capacity that enabled him to unleash the creativity he needed for imagining Star Wars. As David Lynch explains:

Intuition is the key to everything – in painting, filming, business, everything. I think you could have an intellectual ability but if you can sharpen your intuition, then a knowingness occurs.

So what exactly is intuition ?

Perception via the unconscious

Carl Jung explains that there are four major functions of the human mind – sensation, feeling, thinking and intuition. In Psycholgical Types, Jung describes intuition as perception via the unconscious, using sense perception as a starting point to bring forth ideas, images, patterns and ways out of blocked situation. Basically, intuition is a power that makes it possible for us to know something without any evidence or the use of reason, that is without fully understanding why.

It’s our right brain that is associated with perception via the unconscious, or the intuitive process. According to the left-brain, right-brain dominance theory, the right side of the brain is adept at expressive and creative tasks, such as expressing and reading emotions, images, art and music, whereas the left brain is thought to be best at logical tasks, analytical thinking, numbers and reasoning. If intuition is taking place in the right brain and mostly through perception via the unconscious, the question is how can we tune into it?

How do we tune into our intuition?

Research shows us that before consciousness catches up, intuition often hits us at a visceral level, that is in the response of the body as opposed to the intellect, or through feeling rather than thinking. This means that being sensitive to how intuition is showing up through your body is the first step in sharpening your intuition. For instance, If you meet someone who you’re considering as a business partner, and feel pressure in your chest or in your gut, this is your unconscious mind’s way of warning you about the situation or person. Being sensitive to signs like this and “listening to your gut” is very important for reading people and your reactions to them, accessing deeper truths and seeing beyond the mind and words. Your body and the way it’s reacting is a very strong sign.

Listen to your inner voice

The most powerful way that your intuition communicates with you is through your inner voice. What I mean by inner voice, and that’s probably what Steve Jobs also meant when he referred to it, is that honest, spontaneous voice inside you that’s making an observation or feeling something. It isn’t deduction, or the thought processes or rationalising mechanisms that your mind engages in. The inner voice isn’t necessarily kind or unkind, fair or unfair, critical or generous but it is always true to your self, your nature, your expectations, needs and emotions, basically to your inner core. It’s really what you feel and think; it can be a thought, a feeling, flashes. It’s often a very spontaneous thought that you can’t immediately blurt out as it could sound subjective, rude or even slightly crazy.

An example would be when the H.R Director in an organisation first meets a candidate to interview for the role of Chief Information officer, and observes that the person is lacklustre or not incredibly open; her inner voice is saying: “Something’s missing here”. But then the director will look at the person’s CV and experience and start to engage in an analystical thinking process which might go something like: “She’s got great experience, speaks four languages, has an excellent recommendation from her previous employer…she’s stylishly dressed, she doesn’t seem that open and dynamic but maybe that doesn’t matter…”. In this rationalising and analytical thought process, the initial inner voice that said “something’s missing” will be either forgotten, silenced or quietened.

Of course at times the inner voice might not be communicating something all that important. In the above example, if the H.R director’s inner voice was saying : “this person likes to wear colourful clothes!” or “this person taps their feet incessantly!” it’s unlikely to be consequential. It’s when the inner voice is making an observation about something that is important for you or your situation (your needs and expectations, in particular), that it’s better to take heed of it. The enormous problem of silencing this inner voice, (that is your own spontaneous, honest, truthful observation or feeling) is that further on (even years later in some cases when the voice has really been silenced), it can catch up with you.

If you take an honest look at complicated or conflictual relationships in your life and go back to the beginning of the situation or relationship that inner voice would have been there, even if fleeting. Any doubts or negative feelings you have today will have already been felt and present at the beginning. As my mentor and teacher Danièle Darmouni always says: “Tout est au commencement” (everything is there at the beginning). This is especially true of the inner voice that’s reflecting feelings and observations connected to who you really are, your needs, expectations and what is important to you. Consequently, not listening to it (and people do this for all kinds of motives, to be pleasant, kind or because it suits them and their agenda to actually ignore this voice) is problematic as it creates a dissonance between the different functions of your human mind (between your intuition or unconscious mind on one hand and logical thinking on the other). It’s this imbalance that creates psychological stress, conflict and at times unpleasant ensuing circumstances.

One effective way to tune into your inner voice is by meditation. When meditating, the objective is to slow down or shut down thought, to be quiet and be in the present moment. Breathing helps relax your mind and body. Another way is by doing sport that is repetitive like running or swimming. Your mind won’t have as much space and energy to engage in the analytical, deductive processes and the inner voice might be easier to hear (activities like zumba classes or tennis doubles won’t do the trick as they are far too entertaining and not repetitive enough).

Intuition also speaks to us is through dreams. So if you’re interested in increasing your intuitive capacity, you can record your dreams. Another very creative way in which intuition manifests is through synchronicity, which Carl Jung developed as a concept to denote “temporally coincident occurrences of acausal events”, that means meaningful coincidences. Everyone has had the experience of thinking of someone and the next thing that person calls them up. But this is another topic that deserves a separate post.

All this of course leads to the important question I often hear: all well and good, but how can I validate my intuition and what do I need in addition to make aligned choices?

Once you access your intuition, what else do you need to make informed choices and take appropriate action in life and business?

It’s evident that the powers of reason, deduction and cognition are essential in our perception of the world. Back to Alan Turing. He explained that as intuition entails: “spontaneous judgements which are not the result of conscious reasoning, and which are often but by no means invariably correct”, it was essential to “aid intuition”. What he meant is that to make sure that intuition is invariably correct, we need to make, in his words “suitable arrangements of propositions, and drawings”.

When well-arranged, the validity of the intuitive steps which are required cannot be seriously doubted. Alan Turing.

The objective then becomes one of making intuition well-arranged. To aid your intuition you need to look around you and pay attention to what is going on and get data and information from the environment. This in turn gives your subconscious mind information to work with. In addition to seeing everything from a point of “witness” or observer, there is an important place for discernment. This means the ability to judge well and involves going beyond the mere perception of something and making nuanced judgements about it. If a CEO of a company has incredible intuition about a business opportunity, clearly that is the first step. Then of course showing discernment and really sifting through the various scenarios and situations becomes essential. I would say that it’s the combination of being tuned into their intuition whilst also having a discerning mind that separates brilliant leaders from the more mediocre ones. It’s this combination that enables them to access deeper truths, unleash creativity, be open to change and do that with confidence and patience.